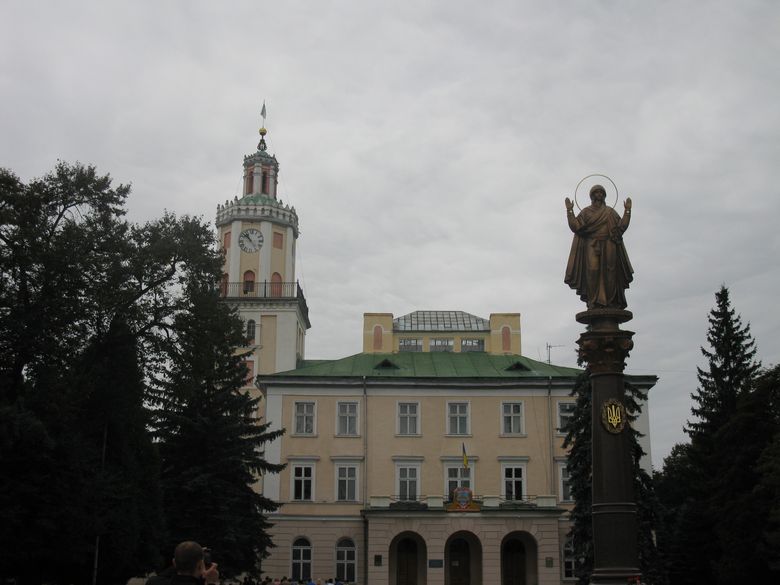 Just in 75 kilometers from the capital of Western Ukraine – Lviv – there is a small provincial town Sambir. Here the streets are narrow, there are no large squares, colorful houses are situated close to each other and decorate the city. We are sure that not even all Ukrainians know about the existence of such a city. So let’s fix it!

This seemingly ordinary town has a lot to offer to history and architectural monuments lovers and religious followers. It will captivate with its European flavor and even please fans of classical music. Here every temple and every church, and every other old building has its own unique history.

Sambir has a station with trains from Kyiv and Lviv, so it is not difficult to get to the city. But for maximum mobility, we at 7Cars recommend you to rent a car in Lviv (the distance to Sambir is about 75 km), Drohobych (the distance is just over 30 km) or in any other convenient city for you. With a rented car the route of your trip will not be limited: for example, from Sambir you can take an exciting trip to the Carpathian Mountains or visit the sights of Ivano-Frankivsk, stopping in Truskavets and Morshyn on the way.

The city starts with the Town Hall. Sambir Town Hall was built during the Renaissance and is considered to be one of the most beautiful in Ukraine.

At first the town hall was made of wood, then in 1580 a stone one was built in its place. But the stone walls could not save from the fire – half a century later it burned down. Only the basement rooms remained; they became the basis for the construction of the modern town hall. The building is decorated with the clock by Heinz, a Prague master. Old buildings, churches and monasteries seem to split up from the town hall in different directions.

Here is the Greek Catholic Church. At first glance, nothing differ it from thousands of the same Ukrainian churches. But only at first glance: on closer inspection, it turns out that here the relics of Saints are kept. 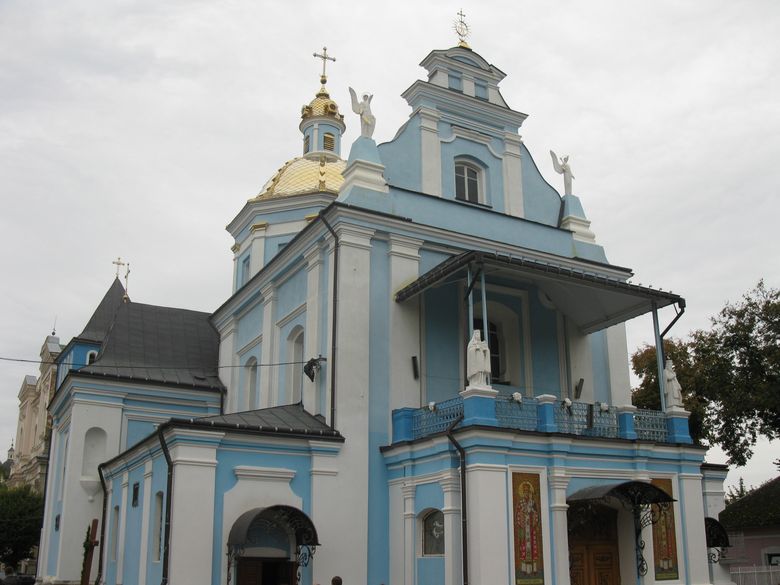 The parishioners of the church tell a legend according to which the image of the Sambir Mother of God was painted by the Evangelist Luke himself. Greek merchants brought this icon to the city. But at some point, it sparkled so much that the merchants, almost blinded, were forced to leave it in this very place. In 1940, the image strangely disappeared, and no less strangely reappeared in 1997. We could not find the information where and who hid the icon all these years. Or maybe local old-timers don’t want to tell foreign tourists about it. The only thing they are sure of is that the miraculous icon keeps the peace and quiet of the town.

Read also:
Interesting places of Lviv and its suburbs: what to see by car

Another relic kept here is the relics of St. Valentine. Often couples in love come to the relics, making plans for a life full of love together, dreaming of a beautiful future. Local priests claim that dreams come true, and accompany their assurances with numerous stories. Believe it or not, everyone decides for himself. One thing is certain: a visit to this quiet little church gives peace and awakens a feeling of love for a fellow man.

The pride of the inhabitants of the town is the Czech organ. This masterpiece was created by the craftsmen of the Czech-Austrian company Gebruder Rieger. The organ was installed in a former church, and since 1935, the magnificent sound of this instrument has fascinated visitors. 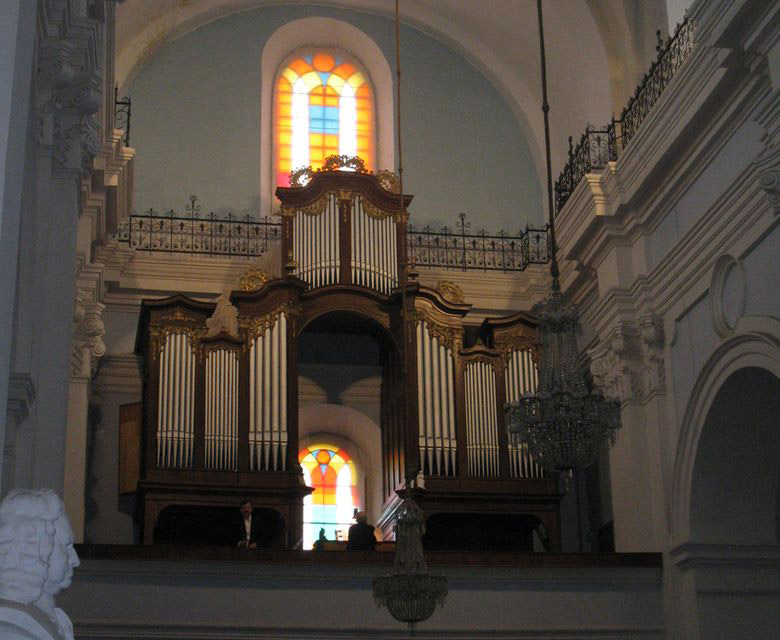 Experts note the excellent acoustics within these walls, and musicians – the enormous potential of the instrument. Concerts are held on Saturday; famous musicians from Lviv come here.

The organ hall was made within the walls of the Bernardine church, which was part of the monastery complex, built in 1698. Now the buildings of this complex are adapted to the needs of the townspeople. In addition to the organ hall, there is the Sambir School of Culture.

Sambir is a city with a unique aura, rich history and diverse architecture. After spending just one day here, you will definitely want to come back again!