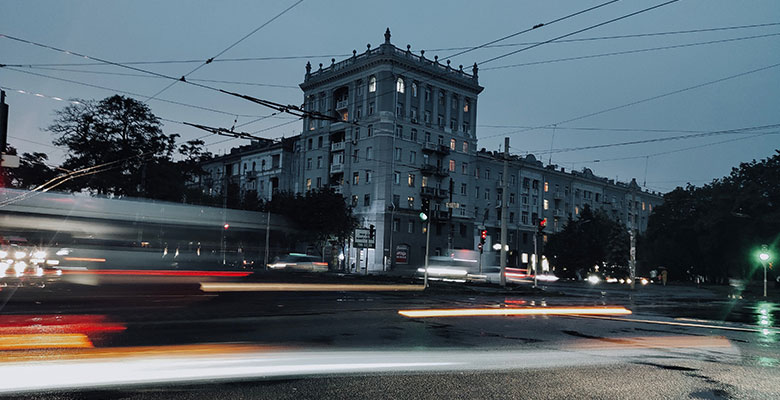 What to see in Dnipro and the surrounding area by car

Dnipro is a multifaceted city full of surprises. Despite the fact that many people consider it to be harsh and extremely industrial, Dnipro is a real treasure trove of sights and picturesque places. It is worth spending at least a weekend here. And it is cool if you have an opportunity to go on a car trip.

Here, as in many parts of the world, the most interesting and mysterious locations are located far from the advertised tourist routes. We at 7Cars have compiled a small selection of such places for you. Even if buying your own car is still in the planning stage, our office in Dnipro, located at the airport, is always ready to help you to arrange a car rental.

What to visit in one day: the best sights

If you are talking about a spontaneous and short vacation in an unfamiliar city, it is better to think about your journey in advance. This will help you to make it richer and not to miss all the most interesting things in Dnipro.

The observation deck on the island’s hilltop is a great opportunity to see the city as an open book and to start exploring it on a pedestrian bridge or high-speed trolley. The noise of the 17-meter high artificial waterfall at the foot of the deck will set the mood for romance and adventure. Architectural lovers will appreciate the white church with gilded domes and the monument to Taras Shevchenko. 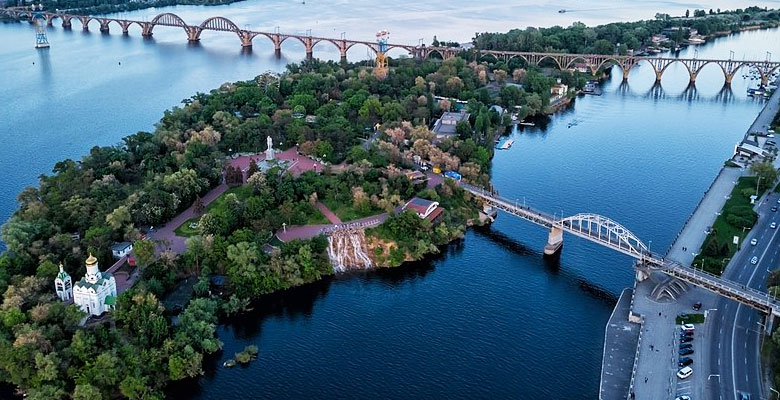 Photo by Bodydock is licensed under CC BY-SA 4.0. Photo is cropped.

House of Organ and Chamber Music

Connoisseurs of beauty will like to visit the House of Organ Music, located in the building of the ancient Church of St. Nicholas. German concert organ, which has been in place for about 25 years after complete restoration, will delight you with its cosmic, charming sounds, and will welcome you with immortal musical compositions. Photo by Kurnosenkon is licensed under CC BY-SA 3.0. Photo is cropped.

A little drive to the famous Merefo-Kherson Bridge and you will find yourself in a place, which, according to historians, became the starting point for the development of the city, which now has the proud name of a mighty river. Transfiguration Cathedral is a unique monument of architecture of all-Ukrainian importance. Its construction began at the end of the 18th century, but due to constant wars, it stopped for forty years. It was eventually built six times less than originally planned, but anyway it is as beautiful as the more eminent and ancient buildings. Photo by Allex D85 is licensed under CC BY-SA 3.0. Photo is cropped.

Where to go you have more time: unknown and secret places

If you decide to stay in the city for a few days, you are doomed to a fascinating pastime. But no sightseeing is possible without delicious food and aromatic coffee.

Each of these places has its own history, its own army of fans, and its own way of development. Thus, the restaurant “Myshi Blyakhera” supports the legend of the Odessa businessman who loved the Black Sea jack mackerel and duck with cabbage.

Cheburechnaya No.1 is a real paradise for lovers of fried aromatic crust. This place differs by its original approach to traditional dish – here you can taste cheburek for any taste and with any stuffing. Fried or baked, with meat or vegetarian – every visitor will find what he likes.

Finally, “3 beavers” is a place where coffee drinkers feel like a fish in the water. A huge number of varieties of coffee and ways of making it are worth visiting this place.

The mystical aura of the Devil’s Island attracts car tourists every year. Long time ago, before the flood, the island was a sandy spit, on the place of which now is the smooth surface of Dnipro. From time to time people notice a strange glow of water in these places. And since the beginning of the last century, there are even a few testimonies indicating the appearance of ghosts here.

Continuing the mystical theme, we recommend visiting the “Devil’s House”, built in the late 19th century. According to legends, the Freemasons gathered in the dungeons of this house, and after the disappearance of them, allegedly, a chest with cursed gold coins was found.

What to see in Dnipro with children

For younger family members there are also many interesting things to do in Dnipro: it’s full of exciting places for walks and fun.

A picturesque park, founded two centuries ago, will help you to get closer to nature and feel like a child again for a moment. In the center of the park there is an artificial lake with fish and birds. The size of the lake allows you to go catamaran riding in the warm season. In addition, there is a children’s railway in the park. Photo by Олегггниколаевич is licensed under CC BY-SA 4.0. Photo is cropped.

On the modern embankment (by the way, it’s the longest in Ukraine – about 35 km long) there is a circus. Nearby there is a convenient parking lot, what makes it easy to get here by car. The circus building, which was built in the 19th century, has no analogues in the world.

Where to go camping: beautiful places for green tourism

A car, which was rented in time, will make you completely free to choose your route. In the city or on the waterfront, to the forest or beach – only you will decide where is better and funnier!

Only 19 kilometers from the city there is the quarry, which was formed on the site of the impregnable fortress Kodak. The water here is always cool and very clean. The nearby 18th century cemetery adds mysticism to this place. Photo by Ababenko40 is licensed under CC BY-SA 4.0. Photo is cropped.

You will find this ideal combination of natural strength and grace in 150 km from the city. The waterfall, surrounded by colorful crystals, is especially fascinating in bright daylight. All the slabs around the waterfall have an unusual shape and color.

Any place, any city in the country or in the world has its meaning. Each of them is unique in its own way, and even the most serious metropolis, which at first glance seems to be Dnipro, gladly opens its friendly embrace to anyone!