Home / Blog / “Must see” in Ivano-Frankivsk: where to go by car 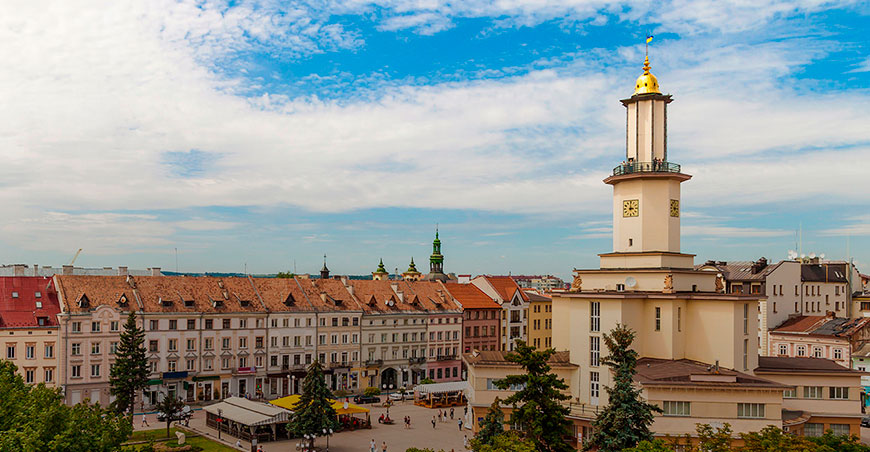 “Must see” in Ivano-Frankivsk: where to go by car

Ivano-Frankivsk is an amazing city. You can often hear that it is not worthy of paying much attention and it is better to visit the castles in Mukachevo or Uzhhorod. Or, vice versa, travelers leave enthusiastic feedbacks about the city, calling it “a small version of Lviv”.

So, is it worth visiting Ivano-Frankivsk planning a trip to Western Ukraine? Our answer is “definitely yes”! After all, exploring this city can be turned into a real quest.

The lack of bright and popular historical attractions does not make it unworthy of your attention. We are sure that even an experienced traveler will like the interesting places of Ivano-Frankivsk. See our selection of unusual places in the city and its surroundings and plan an exciting trip.

What to see in Ivano-Frankivsk on one day trip

Let’s start with the places which are definitely worth seeing if you’re in town by car and you only have one day left. Everybody can find unusual landmarks in Ivano-Frankivsk, and our tips will help you to find the most beautiful places in the city.

Start exploring the center of Ivano-Frankivsk from Market Square

Traditionally, in Europe, the Market Square is the heart of the city, its historical and cultural core. Ivano-Frankivsk is not an exception. The City Hall is located on the square (point B on the map), but nowadays there is no meetings in the City Hall any more. The historical museum is located here. The City Hall has an excellent observation deck, which works from 10.00 to 20.00 from Tuesday to Sunday.

What’s unusual about the City Hall: 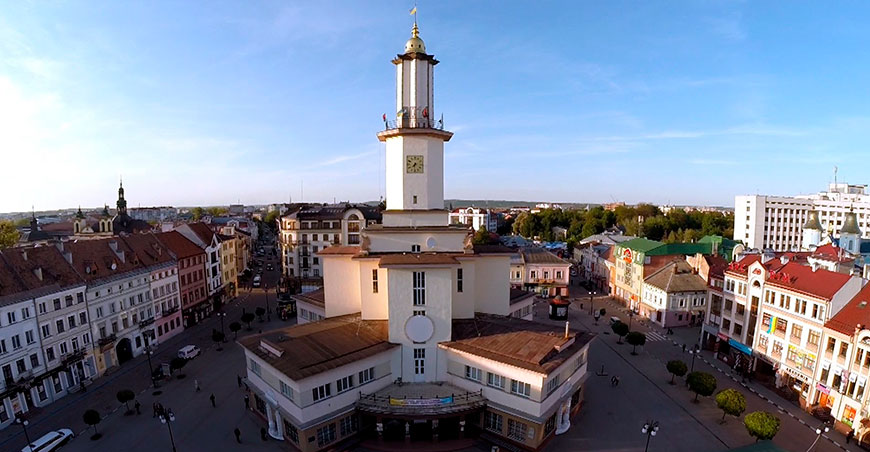 Stanislav’s Bastion (Stanislav is the old name of the city) in the 17th century had the fame of one of the most reliable defensive fortifications in Europe. Thanks to the building the city withstood the Turkish siege in 1682. Today only a piece of the city fortress wall and several towers (point D on the map) remained.

This architectural monument was renovated in the early 2000s, and today there is a promenade terrace and a gallery with cafes, restaurants and boutiques.

Why you should visit Bastion: 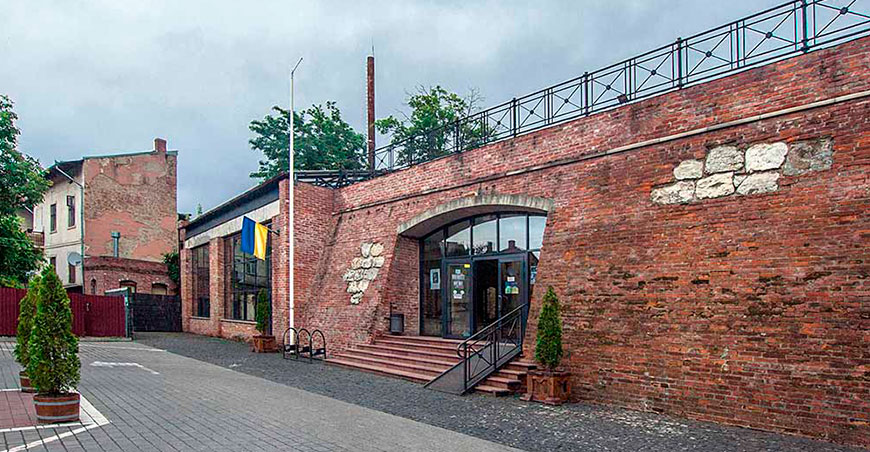 Residents of Ivano-Frankivsk are extremely proud of the legendary leader of the Opryshky, who got the glory of the Ukrainian Robin Hood. The museum (point E on the map) is a very colorful place where national costumes and utensils, poems, paintings and sculptures dedicated to Dovbush are collected.

Why you should go to the Oleksa Dovbush Museum:

Take a walk along the famous “100 meters street”

This is the nickname of the Independence Street in the center, which local residents gave to it. In fact, its length is almost half a kilometer. The beginning of the street with a pedestrian zone and restaurants is a favorite resting place for tourists and townspeople (points F and G on the map).

Here you can buy books, souvenirs, sit in cozy cafes or just go for a walk, looking at the numerous metal sculptures that are created every year at the blacksmith’s festival.

What to see nearby? Walking around the center, do not be lazy to explore inconspicuous, but very curious streets:

What to see in Ivano-Frankivsk in a few days

If you decide to stay in the city for a couple of days, visit some more interesting sights of Ivano-Frankivsk: 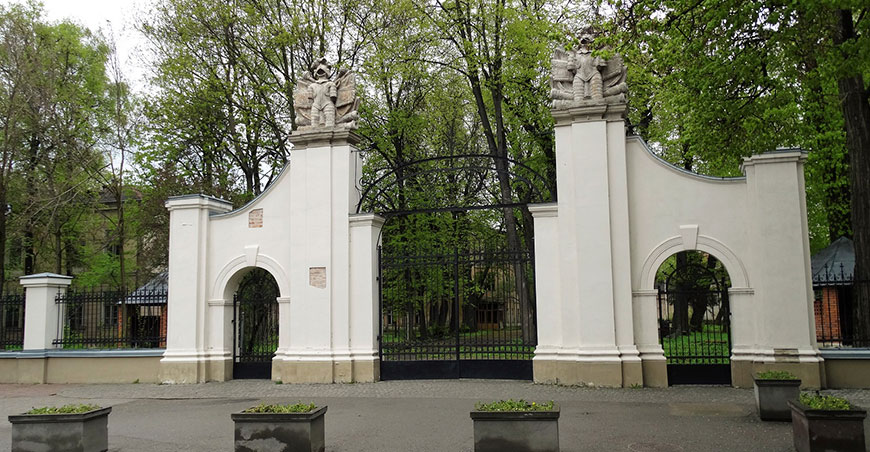 Furthermore, in Ivano-Frankivsk you can:

Ivano-Frankivsk is called the “gateway to the Carpathians”. This is the very place you should start an unforgettable journey from by car and get acquainted with the amazing beauty of the Ukrainian mountains.

What to see in Ivano-Frankivsk region in summer 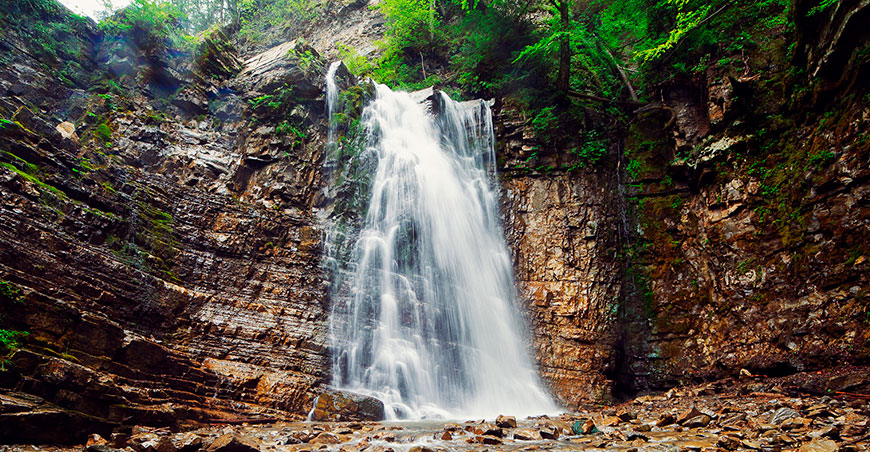 How to reach them from Ivano-Frankivsk by car:

The place is covered with legends and truly charms. Not far from the Rocks of Dovbush, there is also a Dead Lake, in which, according to legend, treasures of Opryshky are hidden.

What to see in winter

The Bukovel ski resort is what crowds of tourists come to the Ivano-Frankivsk region for in winter. You can read more about it and other interesting places in the Carpathians in our article on winter holidays in Ukraine. And for maximum freedom of movement, you can order a car rental in Bukovel from our company. 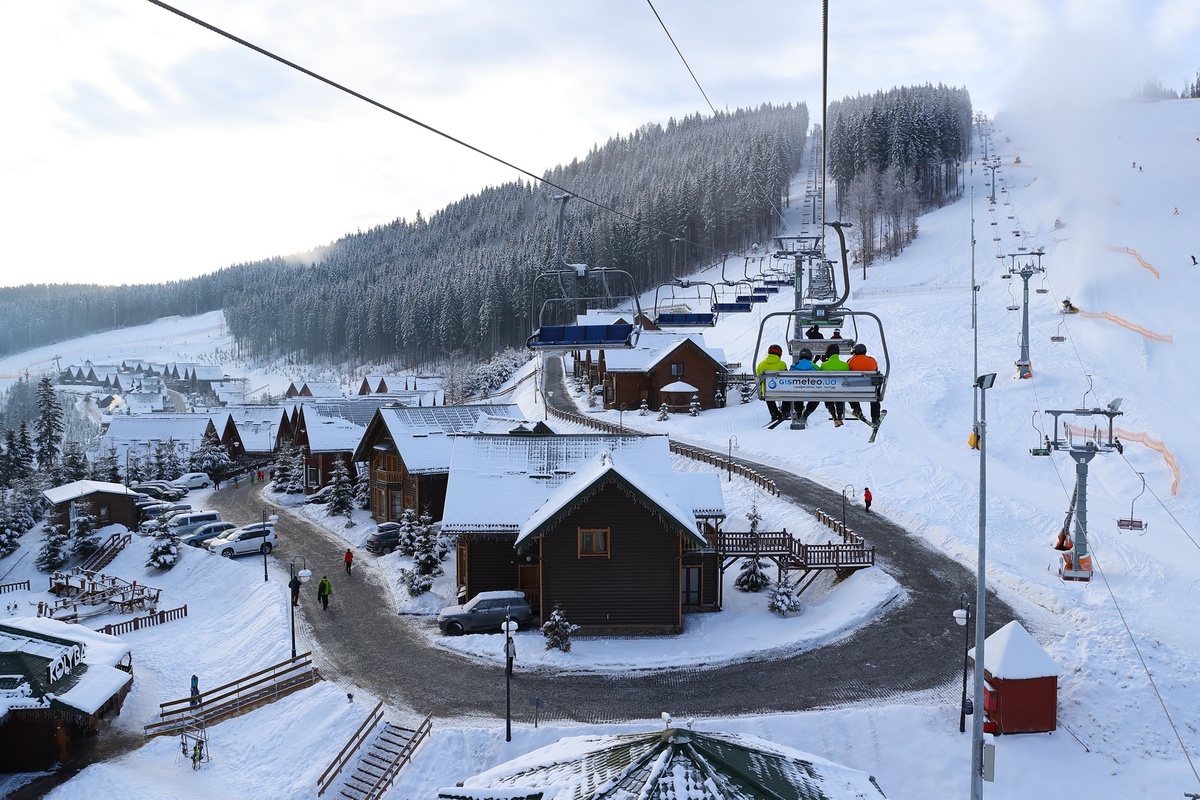 If you have already repeatedly visited Bukovel and Yaremche in winter or want to avoid noisy crowds of tourists, we recommend you to enjoy a trip to the most beautiful places of Ivano-Frankivsk region. After all, there is something to see in almost every village.

There is an incredible atmosphere of celebration and some kind of magic reigns here in winter. Spend a few days in town at the Christmas market, then rent a car and drive towards the Carpathians. Make stops at every point that you like – you will easily find accommodation to spend the night. And friendly locals will tell you what to see in the area.

Ivano-Frankivsk and its surroundings are a real place of strength and inspiration. It is a pleasure to come here at any time of the year. Take advantage of our tips and enjoy a great trip!