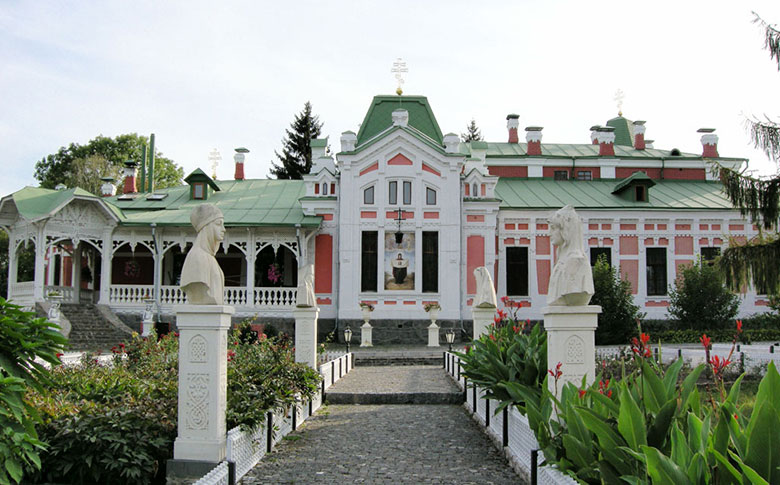 Castles and palaces of Kyiv region: travelling by car

Speaking about Ukrainian castles, we most likely think of fortifications in Western Ukraine or in Kamianets-Podilskyi. Less often – about historical estates in Odessa. But only the most inquisitive history lovers or experienced travelers remind the Kyiv region.

Meanwhile, the castles of Kyiv and the region are worthy of attention: many buildings are well preserved and famous for their unusual history. Today we present you a selection of the most interesting old mansions, palaces and fortresses that can be seen in the capital and its environs.

Let’s start our journey with unusual architectural monuments that can be seen near Kyiv. If you come to the capital for a few days, such a trip will greatly diversify your vacation. Rent a car and explore the ancient estates.

This well-preserved mansion with over 100 years of history was thoroughly renovated in 2000. There is a picturesque park with sculptures and aviaries for birds around the palace. Also, on the territory of the complex there is a monastery and a small zoo.

It is worth admiring the unique frescoes inside the palace itself, and then take a leisurely walk in the park, looking at the numerous sculptures, luxurious flower beds, and cozy gazebos. Connoisseurs of architecture will appreciate the non-standard layout of the palace.

You can come here with children, because exotic birds, such ostriches and peacocks, walk freely around the territory.

What is important: since the territory of the palace is under the jurisdiction of the monastery, certain rules of conduct must be followed. For example, you cannot take pictures or film here or be in skimpy clothes (short skirts, bare shoulders, shorts, etc.) 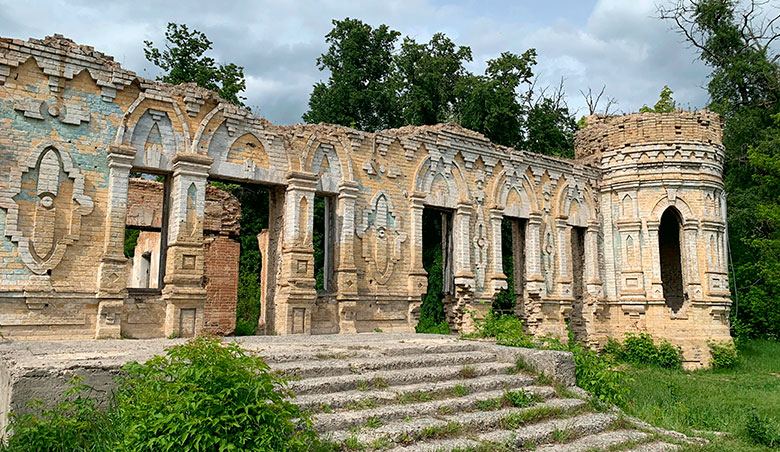 The abandoned castle near Kyiv in the first half of the 19th century is in poor condition today.

The building had many owners. A kindergarten, a club and a village council were located here in Soviet times. After a big fire in 2000, all the interior decoration of the palace, furniture and antique exhibits were destroyed.

The luxurious mansion has turned into ruins, but still attracts tourists and history lovers. It has retained the remnants of greatness: beautiful columns and ornate carvings on the facade. Here you can walk, look at the ruins, relax in the park surrounding the estate, or arrange a gorgeous photo session.

Read also:
Interesting places in Kyiv: what is worth visiting in summer on a rented car? 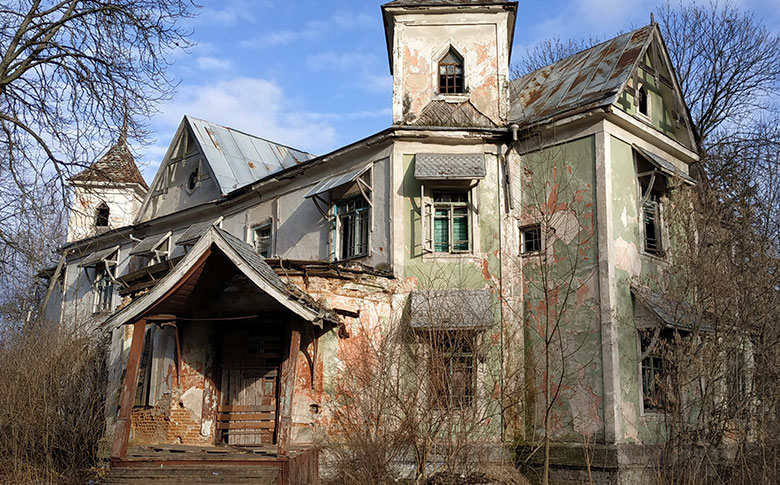 The summer house of Baron von Meck is famous for its very rich history and unusual architecture. The two-story building with a small terrace and an attic was built at the end of the 19th century by the famous philanthropist, collector and railroad owner Karl von Meck.

The composer Tchaikovsky and other famous people of that era, with whom the baron’s family were friends, often visited this place. During the German occupation, the military headquarters of the fascists and a hospital were located in the house.

Like many other historical monuments, the von Meck’s manor is now in a dilapidated condition. But it still attracts travelers with its vintage facade design, lace wood carvings and the opportunity to walk in a large beautiful park.

Fortresses and castles of Kyiv

Most of the castle structures in the vicinity of Kyiv today are almost completely destroyed. In the capital itself, vice versa, some fortifications have been preserved, as well as old estates. Some of them are under the protection of UNESCO.

You are probably familiar with some of them. But we are sure that we will be able to surprise you with some interesting facts about the castles of the capital.

Did you know that this is the largest earthwork fortification in the world? The fortress is so large that it cannot be captured by an eye. Some of its parts are hidden in narrow alleys and courtyards of the capital.

What to do in the Kyiv Fortress: 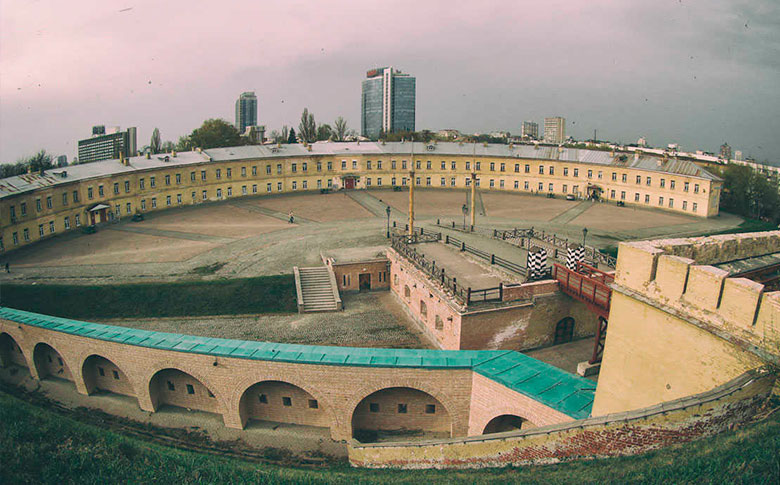 The magnificent building in the British Gothic style is famous for mystical legends and rich history. The house with pointed towers on Podil was built in 1902 and has always attracted famous personalities: artists and writers lived in it at different times.

Richard’s castle is also known for several mysterious deaths of residents. Therefore, for a long time it was believed that the house is unhappy and ghosts live in it. Today the amazing structure is empty and you can only look at it from the outside.

Interesting fact: nobody still knows for certain who the author of this castle is. According to some sources, this is the famous architect Horodetskyi. According to others, the project of the house was stolen from St. Petersburg.

The mystery of the mysterious “howling of ghosts” frightening the guests was revealed by one of the residents of the house – the historian Stepan Holubiev. He found eggshells in the chimney, which, passing the wind through themselves, made such sounds. According to the legend, this is how the builders took revenge for the fact that the contractor did not pay them completely. 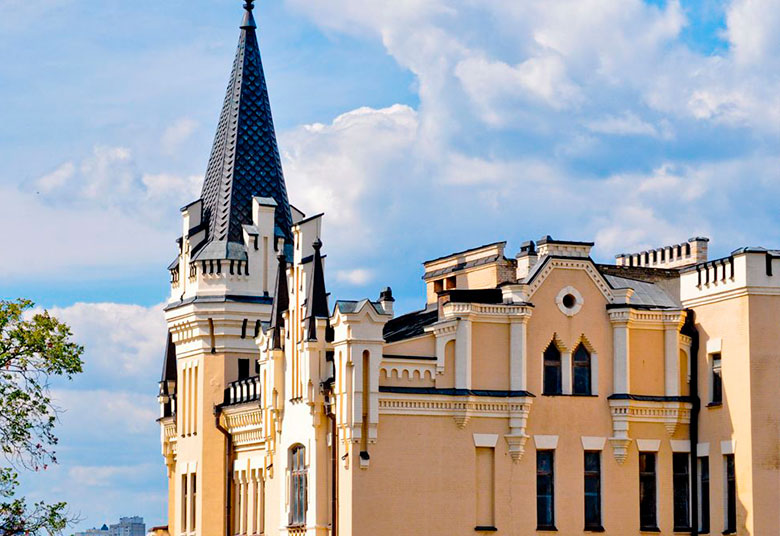 This beautiful building has many names and an interesting history. He is called:

Mystical legends about this house are popular among the citizens: there is a belief that it has an influence on people’s fate in negative way, and is particularly it relates to women. However, people live here today, and part of the building is used as an office.

Interesting fact: the house with cats has a very unusual layout. From the street, it is clearly visible that the house has four floors. But if you go from the side or from the yard, it becomes clear that there are five floors.

The facade of the building is asymmetrical and decorated with mystical images of animals and chimeras, and on the roof there is a figurine of a devil. According to legend, the cats guard the house from it. 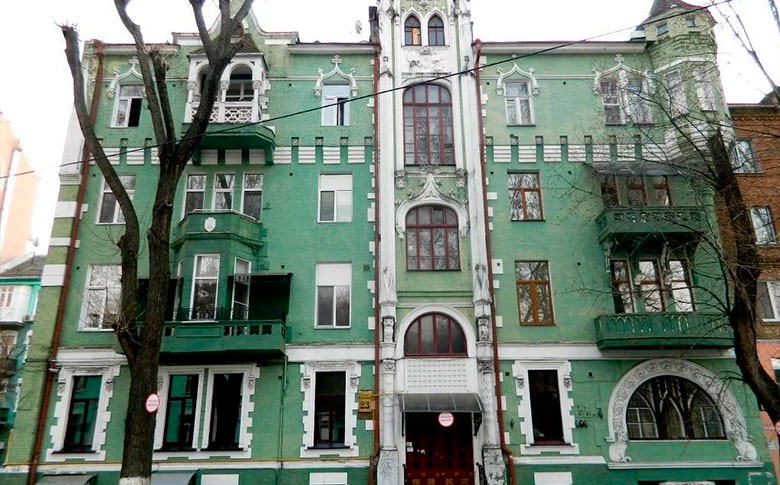 Read also:
What to see in Dnipro and the surrounding area by car

House of titans and angels

The magnificent Ginzburg apartment building in the very center of Kyiv was built at the beginning of the 20th century. It attracts connoisseurs of architecture and history with its scale and incredible stucco molding on the facade.

Angels and gods, nymphs and animals – many characters of ancient myths make this house one of the most curious buildings in the capital.

Interesting fact: despite the heavy bombing of Kyiv during the war, Ginzburg’s house was not damaged at all. According to legend, it is guarded by statues of titans and angels under the balconies. 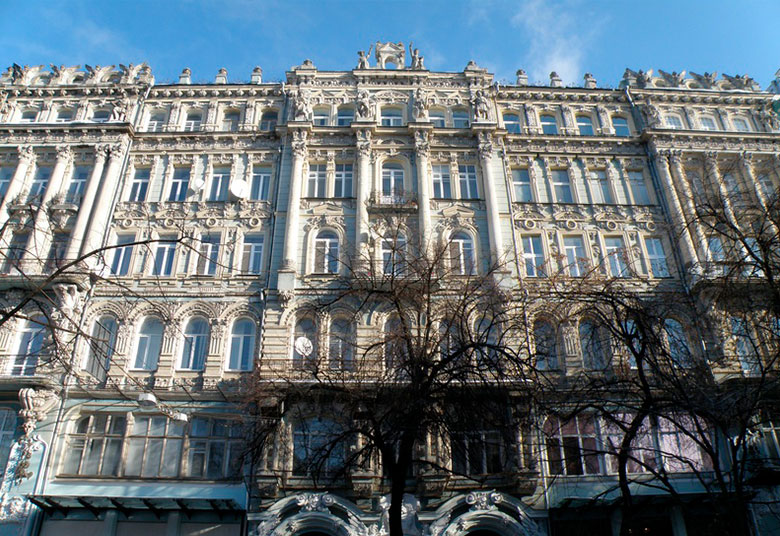 There are many old mansions in Kyiv that deserve attention. Even if you are a sophisticated traveler and this is not the first time you have visited the capital, we are sure that some of these buildings will surprise you.

Be sure to include in your trip checklist:

Not all of them are located in the central part of the city, so you might also need a car. Take advantage of 7Cars car rental and discover unusual Kyiv!