Home / Blog / “Supporting the Armed Forces of Ukraine is the duty of every Ukrainian”: 7Cars about volunteering and helping the Ukrainian army 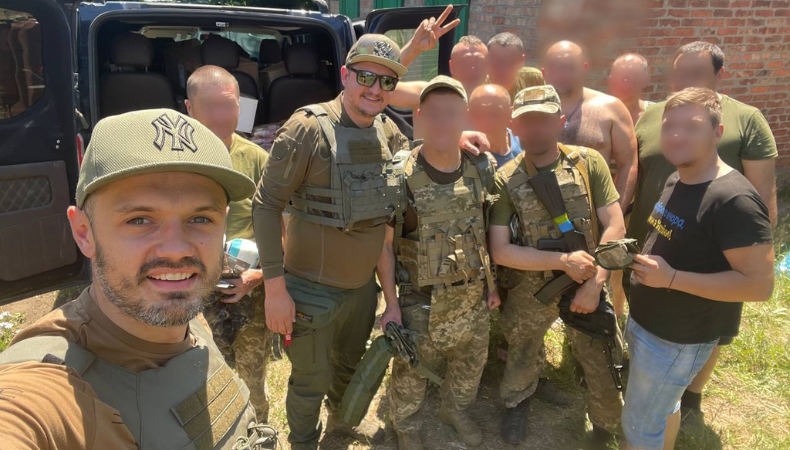 “Supporting the Armed Forces of Ukraine is the duty of every Ukrainian”: 7Cars about volunteering and helping the Ukrainian army

On February 24, a full-scale war has started in our country. The explosions from the first rockets woke up the civilian population, and the sirens of the air alarm caused fear and confusion about what to do next. But the realization came quickly: we can’t stand aside.

From the first day, the 7Cars team helped people to leave Kyiv to safer places. We gave out cars from our fleet for free, and also left them in the parking lot and hid the keys. When people who needed a car phoned us, we told them where to find the keys and asked to take pictures of the car and send us. In this way, it was possible to save both the citizens and the car park.

At the beginning of March, we partially restored our second business – Galya Baluvana stores, where for a month we had been preparing food for free for territorial defense, Armed Forces and residents of the Solomianskyi District.

Recently, our team traveled to Eastern Ukraine to deliver food, medicine, hygiene products, ammunition and a drone to the men on the front line.

And a few days ago, we managed to get a car for the needs of the military.

From the first days of the war, 7Cars regularly sent a part of the profit to support the army and helped with the purchase of everything necessary with its own funds. If you want to join, call us and we will bring victory day closer together!

3 popular lakes of the Carpathians. The best alternative to a vacation by the sea
Traveling